CCT Its A Wild World

This weeks challenge at CCT is It's A Wild World and we'd love to see your cards with animals on. I have used another of my very old High Hopes stamps called Ace. I coloured the image with Copics and added a Penny Black sentiment. I mounted the image onto some Kraft card and put some Glossy Accents on his eyes. Another very quick card! 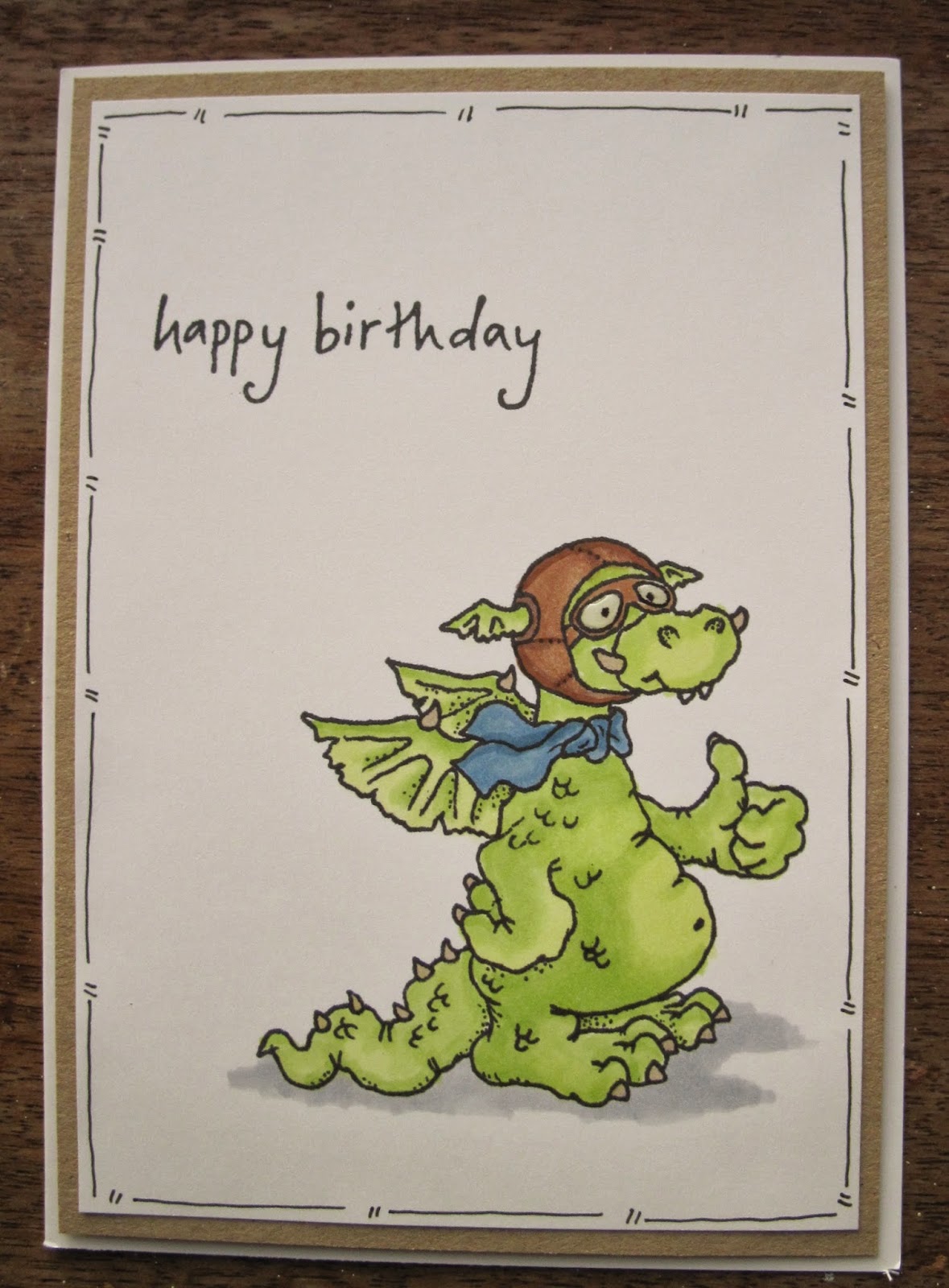 I hope you'll be able to join us this week as we have another fab prize. I have treated myself to a couple of Penny Black stamps which I have been after for a while so hopefully they will arrive in time for the weekend as I'm having an injection in my knee on Friday and I've been told to rest it for a couple of days so it looks like been a crafting weekend, not exactly what I had planned for my 22nd wedding anniversary though!
Posted by Andrea, at 08:00

Congrats on your 22nd wedding anniversary and enjoy your crafting weekend!

Gorgeous card, I have always loved this dragon and he is so perfect on here! Enjoy your enforced rest, hope the injection works well!
Debxx

Happy Wedding Anniversary hope you can celebrate it the following weekend :)

Andrea,
Macclesfield, Cheshire, United Kingdom
Hi. Welcome to my blog. I'm married to Doug, we have 4 children, 3 dogs and a cat. I love rubber stamping and colouring.

All of the cards and other craft items on my blog are for your inspiration. You can copy any of them for your own personal use but please do not submit them for entry to any magazines, books or competitions. Thanks.