The theme at CCT this week is Crazy in Love. I have made a tag this week using some papers which I bought for Valentines last year, I think I'll probably be using them for next years card as well! The paper has been distressed with Weathered Wood Distress Ink and using the same ink I randomly stamped some splodges from the Stampin Up Gorgeous Grunge set and also some texture stamps from last weeks Pick of the Week on Create and Craft. They are part of a Crafters Companion texture set which also included some embossing folders. They were delivered within 3 days which I think has to be a record for C + C. I then added some Aged Silver Fran-tage to the paper.
The cupid is a Tim Holtz movers and shapers die, which I cut from chipboard. I painted the chipboard shape with Gesso and when it was dry I coloured it with a gold inkpad. I then spritzed it with some black spray which I made using a Distress Ink refill in Black Soot as I don't have any ink sprays. While it was still wet I covered it in rock salt and then sprayed with the black spray again. When it was dry I removed the salt. I saw this technique on the internet and loved the effect, I shall certainly be doing it again. I distressed the heart with a Crafters Companion embossing folder from my new set and covered it in Crackle Accents. It isn't as red as it appears in the photo!
To finish the tag I used a Dymo to write the sentiment and added some ribbon which I bought on our holiday in Latvia last October and I added an Ideology clip. 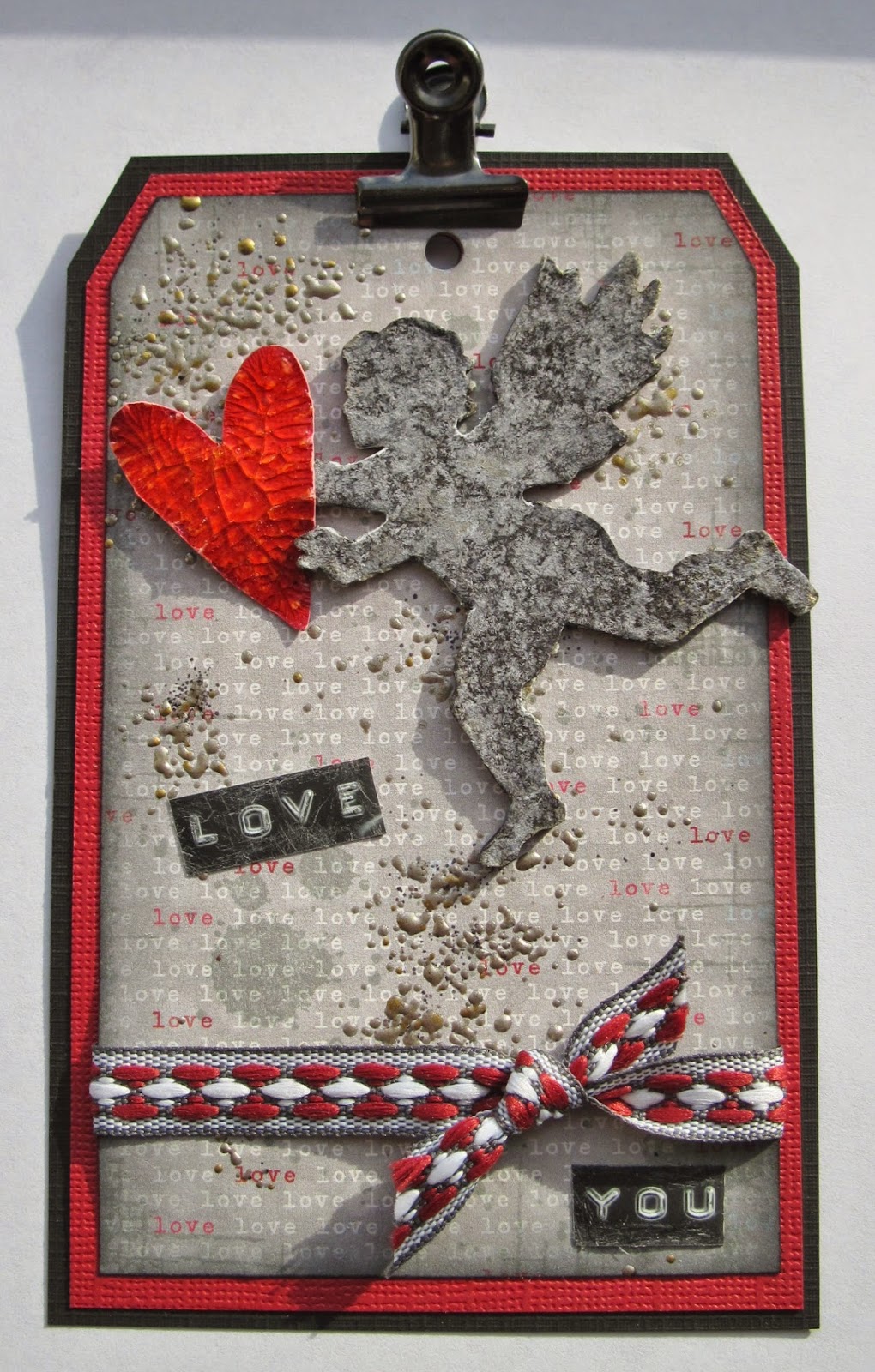 Gosh that was a long post! Hopefully you'll be able to join in this weeks challenge as we have a great prize from Bunny Zoe.
Posted by Andrea, at 08:00

Wow Andrea what a lot of work you put into this tag! Love the technique you used will check it out on the net.I bought the C7C offer and had quick delivery .Love the folders and stamps .A bargain I thought.Hope you are all well.xx

This is a piece of art! I love it!

Your weathering technique turned out great!. We are happy to be a part of your creation.

Andrea,
Macclesfield, Cheshire, United Kingdom
Hi. Welcome to my blog. I'm married to Doug, we have 4 children, 3 dogs and a cat. I love rubber stamping and colouring.

All of the cards and other craft items on my blog are for your inspiration. You can copy any of them for your own personal use but please do not submit them for entry to any magazines, books or competitions. Thanks.